Stress and anxiety can make everyday life a challenge. They’re the mental monsters that harm the well-being of millions daily, leading to long-term effects on health.

In the hopes of finding a way to combat stress, researchers are investigating if a single, hour-long meditation session can counteract the negative effects of anxiety and stress. 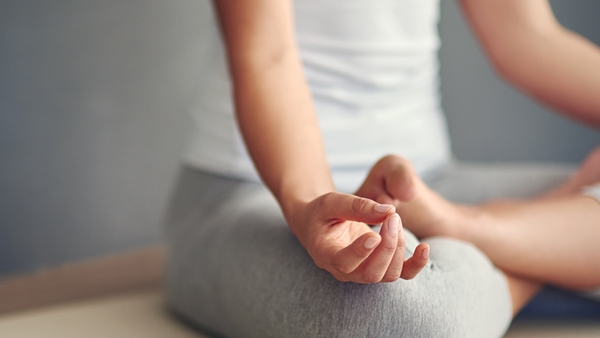 In a small study that’s being presented today at the 2018 Experimental Biology meeting, researchers found evidence that a single session of mindful meditation can help reverse the physical and psychological toll of stress on the body.

Over the past decade, meditation and mindfulness have become popular regimens in healthy living. They’ve evolved from being just a fad to a legitimate player in the fight against cardiovascular disease and other conditions exacerbated by stress.

Previous research on meditation and anxiety have shown significant reductions in anxiety levels after weeks of meditation. But this study suggests that just one meditation session can lower anxiety and potentially a person’s cardiovascular risk. More research is needed to confirm these findings, however.

John J. Durocher, PhD, assistant professor of physiology in the department of biological sciences at Michigan Technological University and Hannah Marti, a recent graduate of Michigan Technological University, led the research. They measured the 14 participants’ anxiety using a system called the Beck Anxiety Inventory (BAI) before and after they underwent a 60-minute introductory mindful meditation session.

The researchers found that meditation had significant effects on both physical and mental symptoms of anxiety. Participants reported far less anxiety on the BAI, but they also had physical indicators of less stress.

After one hour of meditation, researchers found that there was a significant change on blood vessel wall stiffness — indicating less stress or pressure on their arteries — immediately after meditation. This reduction was also seen an hour after the meditation as well. 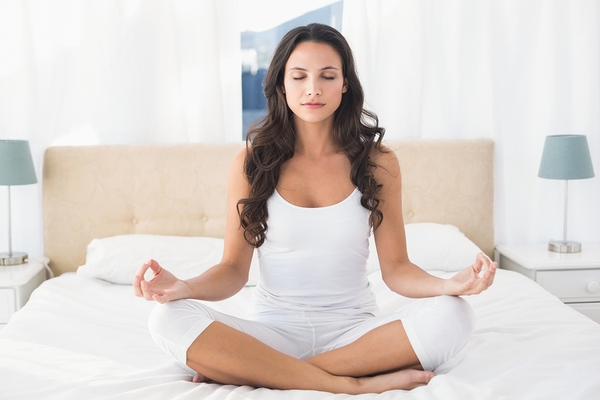 As a result of these early findings, the researchers suggest people can start to see psychological and physical benefits from a single introductory session of mindful meditation — and possibly even lower their cardiovascular risk.

While this study is small and yet to be published in a medical journal, the researchers say it can help open a new pathway of research.

How meditation can help your heart

Searching for new ways to combat stress and anxiety is a key goal for doctors, as a large portion of adults report feeling anxiety every year.

According to the most recent data available, the National Institute of Mental Health (NIMH) estimates more than 19 percent of adults experienced anxiety within the past year and more than 31 percent experienced an anxiety disorder at some point in their lifetime. The NIMH notes anxiety disorders are higher in females than males.

Everybody feels stress and anxiety in different ways. But when stress becomes excessive, it can contribute to high blood pressure, elevated cholesterol, physical inactivity, and overeating — all of which contribute to heart disease and stroke, according to the American Heart Association.

However, mindful meditation has been shown to help not only stress and anxiety, but other conditions often exacerbated by chronic stress as well.

It can reduce pain, boost the immune system, and ease inflammation in chronic conditions. It can even help increase gray matter in the brain, build focus and concentration, reduce loneliness, and even cultivate willpower.

“There is an increasing body of research that is providing an evidence base for the utility of meditation and mindful meditation, and even combining it with traditional treatments like cognitive behavioral therapy as a treatment for anxiety,” said Dr. Ramani Durvasula, professor of psychology at California State University, Los Angeles. “Given that anxiety is in fact a ‘head game,’ it would follow that it could also be managed by techniques that focus on distraction, refocusing body sensations, and thinking differently.”

A future treatment for chronic stress?

Durvasula notes that although the sample size of this study is small, “this entire body of research as a whole has promise.” 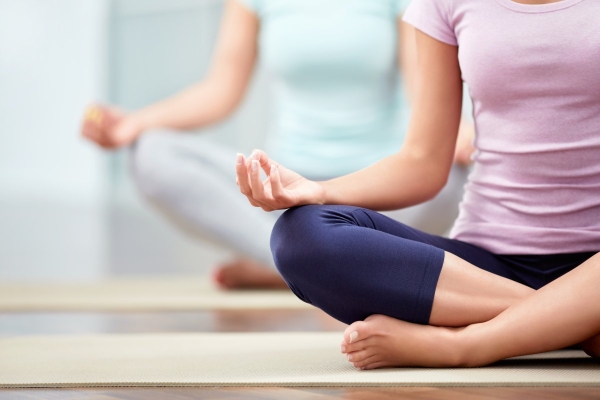 She believes that with additional well-designed and randomly controlled trials, larger sweeping claims can be made to the true effect of mindful meditation on cardiovascular disease management.

Durocher and his team are planning to expand their research and now have funding from the Portage Health Foundation for another study, as well as a three-year grant from the National Institutes of Health for another mindfulness-based, stress-reduction study to help further understand the influence of blood pressure and anxiety to overall cardiovascular disease.

“I am very happy with the outcome of this study,” said Durocher. “We feel that the results are very promising in regard to reducing anxiety.”

The study participants appeared happy with the study outcomes as well. According to the researchers, many participants continued with their daily mindfulness practice after the first session and had decreased anxiety levels a week later.