Blood Test Could Use DNA To Spot Eight Of The Most Common Cancers, Study Shows

DNA and biomarkers could be used to detect and identify cancers, including five types for which there is currently no screening test

Scientists have made a major advance towards developing a blood test for cancer that could identify tumours long before a person becomes aware of symptoms. 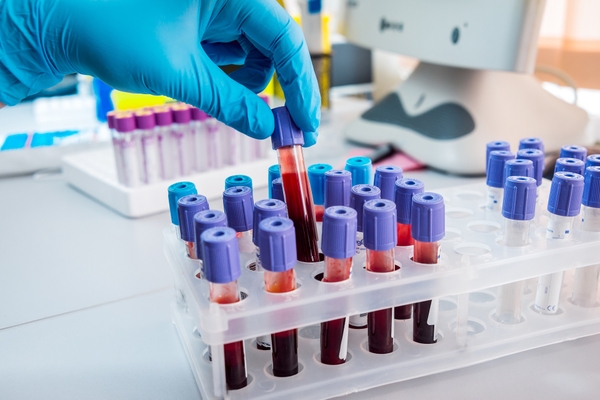 The new test, which is sensitive to both mutated DNA that floats freely in the blood and cancer-related proteins, gave a positive result approximately 70% of the time across eight of the most common cancers when tested in more than 1,000 patients.

In the future, such a test could be used in routine screening programmes to significantly increase the proportion of patients who get treatment early, at a time before cancer would typically show up on conventional scans.

“The use of a combination of selected biomarkers for early detection has the potential to change the way we screen for cancer, and it is based on the same rationale for using combinations of drugs to treat cancers,” said Nickolas Papadopoulos, professor of oncology at Johns Hopkins University and senior author on the paper.

The test could also identify the form of cancer that a patient had, a goal that previous cancer blood tests have failed to achieve.

It works by detecting free-floating mutated DNA, released into the bloodstream by dying cancer cells. The test screened for the presence of errors in 16 genes that are frequently mutated in different kinds of cancer. The blood of patients was also tested for eight known protein biomarkers which are seen to differing degrees depending on where in the body a tumour is located.

In blood samples from 1,005 patients, the test detected between 33% and 98% of cases of disease. Ovarian cancer was the easiest to detect, followed by liver, stomach, pancreas, oesophageal, colorectal, lung and breast cancers.

For the five cancers that currently have no screening tests – ovarian, liver, stomach, pancreatic and oesophageal cancers – sensitivity ranged from 69% to 98%.

When the test was assessed on 812 healthy control subjects, it produced only seven false-positive results. “Very high specificity was essential because false-positive results can subject patients to unnecessary invasive follow-up tests and procedures to confirm the presence of cancer,” said Kenneth Kinzler, professor of oncology at Johns Hopkins and a co-author of the paper.

The patients in the trial had non-metastatic – ie localised – stage one to three cancers. Experts noted that the rates of detection were lowest in those who had the earliest stages of the illness – and might be expected to be even lower in people who had not yet shown any symptoms.

Paul Pharoah, professor of cancer epidemiology at the University of Cambridge, said: “There are some major caveats. Firstly, 80% of the cancers evaluated were stage two or stage three cancers – fairly advanced. Demonstrating that a test can detect advanced cancers does not mean that the test will be useful in detecting early stage symptomatic cancer, much less pre-symptomatic cancer. The sensitivity for the stage one cancers in the study was only 40%.”

Chris Abbosh, of the UCL Cancer Institute, described the work as exciting. “This is one of the first studies to combine protein biomarkers and circulating tumour DNA as a screening tool and to [apply] this tool across a range of cancer types in a large cohort of patients.”

Although the current test does not pick up every cancer, it identifies many cancers that would likely otherwise go undetected. “Many of the most promising cancer treatments we have today only benefit a small minority of cancer patients, and we consider them major breakthroughs. If we are going to make progress in early cancer detection, we have to begin looking at it in a more realistic way, recognising that no test will detect all cancers,” said Bert Vogelstein, also a professor of oncology at Johns Hopkins.

The team behind the test, known as CancerSEEK, predicted it would eventually cost less than $500 per patient. The findings are published in the journal Science.