Could a green tea extract help to treat tooth sensitivity?

Available treatments for tooth sensitivity are lacking in a number of ways, such as being ineffective and predisposing patients to bacteria and cavities. But researchers have now developed a new material to better protect sensitive teeth, using green tea polyphenols.

For people with tooth sensitivity, drinking something either too hot or too cold causes sharp and often intolerable pain. Tooth sensitivity and toothache reportedly affect well over 25 percent of people in the United States.

The reason that tooth sensitivity occurs is because the protective enamel layer on the tooth's surface gets eroded, thereby exposing the tooth's next layer of bony tissue, which is called dentin.

Dentin contains small tubes that are empty inside, and when the ends of these microtubes are open, they allow for hot or cold liquids to go straight to the tooth's nerve - thus causing a sharp, jolting pain. People with sensitive teeth are also more prone to developing cavities due to these microtubules being exposed to bacteria. 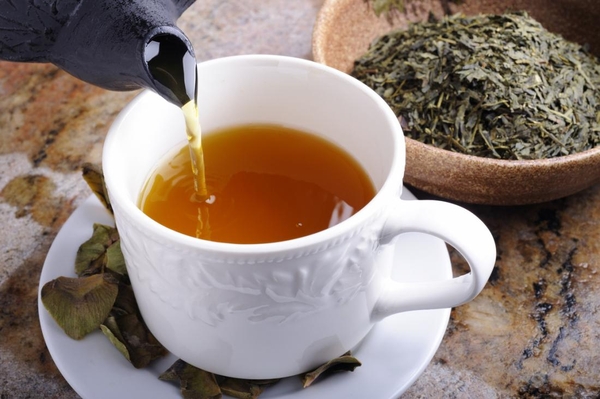 Currently available treatments are based on the occlusion, or closing, of these microtubules using a material called nanohydroxyapatite. However, this material is neither resistant enough nor able to block bacteria from penetrating it.

With daily tooth erosion and abrasion from tooth brushing, the blocked microtubules quickly get worn away, and more aggressive bacteria such as Streptococcus mutans can pierce through the microtubules' "seal."

Due to the vulnerabilities of conventional treatment, a team of researchers - led by Dr. Cui Huang, of Wuhan University in China - set out to explore alternative therapies. A new study detailing this innovation has been published in the journal ACS Applied Materials & Interfaces.

Dr. Huang and colleagues set out to create a "versatile biomaterial" using the traditional material nanohydroxyapatite but adding a key ingredient: a green tea compound.

The compound is called epigallocatechin-3-gallate (ECGC), and it is the most active polyphenol in green tea. Previous studies have shown that this compound can effectively battle S. mutans.

Due to the medium size of their pores (or mesoporosity) and their surface properties, MSNs are widely used as drug carriers.

As the authors explain, they chose MSNs because they have been shown to have unique resistance to harmful, cavity-inducing acid, as well as demonstrating a "superior mechanical strength."

Using a technique called confocal laser scanning microscopy, the researchers tested the ability of the newly developed biomaterial to block the formation of the biofilm that S. mutans normally forms on the dentin's surface.

Additionally, they performed biological assays and cytotoxicity tests on pulp tissues of extracted premolars and third molars, or wisdom teeth.