Possible reason for link could be damage from silent or mini-strokes, researchers say 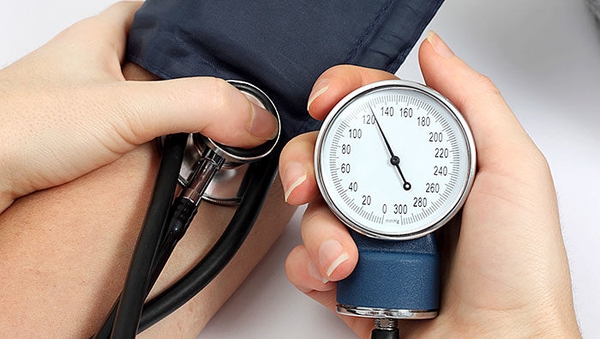 Fifty-year-olds with slightly raised blood pressure are at an increased risk of getting dementia in later life, a new study has suggested.

Study participants had a greater risk even if they did not have other heart-related problems, the research published in the European Heart Journal said.

The association between blood pressure and dementia risk was seen at aged 50, but not 60 or 70, the study found. People aged 50 with a systolic blood pressure of 130 mmHg, which is between the ideal blood pressure range (90/60mmHg and 120/80mmHg) and that considered to be high (140/90mmHg), or above had a 45% greater risk of developing dementia, scientists said. Those taking part in the study developed dementia at an average age of 75.

Dr Jessica Abell, paper author and a research associate in dementia and epidemiology at University College London, said the study looks in more detail at what is considered “midlife”.

She said: “Previous research has not been able to test the link between raised blood pressure and dementia directly by examining the timing in sufficient detail. In our paper we were able to examine the association at age 50, 60 and 70, and we found different patterns of association. This will have important implications for policy guidelines, which currently only use the generic term ‘midlife’.”

Prof Archana Singh-Manoux, honorary professor at UCL, led the research and said: “Our work confirms the detrimental effects of midlife hypertension for risk of dementia, as suggested by previous research. It also suggests that at age 50, the risk of dementia may be increased in people who have raised levels of systolic blood pressure below the threshold commonly used to treat hypertension.”

Researchers suggested a possible reason for the link could be resulting damage from silent or mini-strokes, which often have unnoticed symptoms and are linked to high blood pressure.

Dr Abell noted that the findings were from “observational, population-level research” and therefore “do not translate directly into implications for individual patients”.

The research analysed 8,639 people, part of the long-running Whitehall II study of more than 10,000 civil servants tracked since 1985.