Nearly 100 medical workers did their best on Wednesday (July 15) to successfully separate Truc Nhi and Dieu Nhi, the twins born conjoined at the pelvis, a feature of the rare ischiopagus type.

The Ho Chi Minh City Children's Hospital this afternoon announced that the surgery was a success as doctors successfully separated Truc Nhi and Dieu Nhi at 2:07 pm, after a long operation which started early this morning.

This is the first complex separation surgery on conjoined twins at the hospital.

According to the hospital, in July 2019, the medical facility received a special case of twins from Hung Vuong Hospital. Following initial examination, the doctors said that the twins were connected via the pelvic abdomen with four separate legs, a feature of ischiopagus tetrapus (quadripus), a rare phenomenon that only accounts for 6% of conjoined twins, occurring in only 1 out of every 200,000 live births.

Doctors detected a series of abnormalities in their common abdominal area, such as sharing a part of the ileum, having a colon and only one anus. 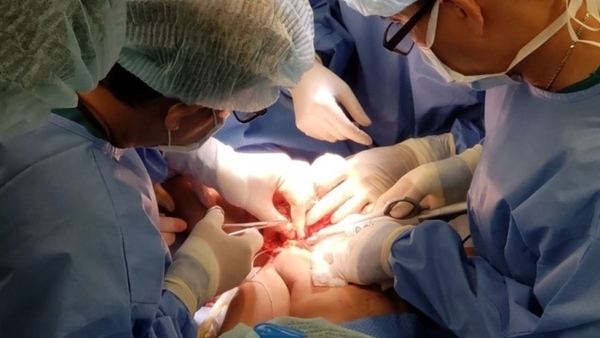 After intensive care and treatment for over a year, the twins are now 13 months, weighing 15kg with their developmental indicators being close to normal babies, thus having the necessary health conditions to be separated.

To prepare for the special operation, nearly 100 medical staff, including more than 60 doctors and nurses from the HCM City Children's Hospital and nearly 30 leading experts from major hospitals in the city, coordinated to develop a detailed surgical plan, including a plan to deal with any unforeseen risks during the surgery, with the goal of creating a new life for the two babies. 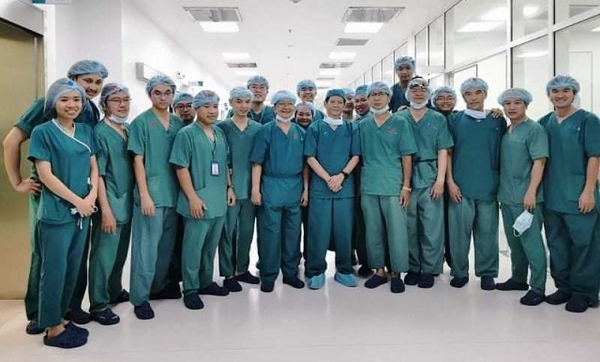 The surgery started at 6 am this morning and is expected to last for 12 hours. At 2:07 pm, the twins were successfully separated, with normal health indicators to this point.

They have been transferred to another operating room to continue reshaping their organs, including adjusting the pelvis. 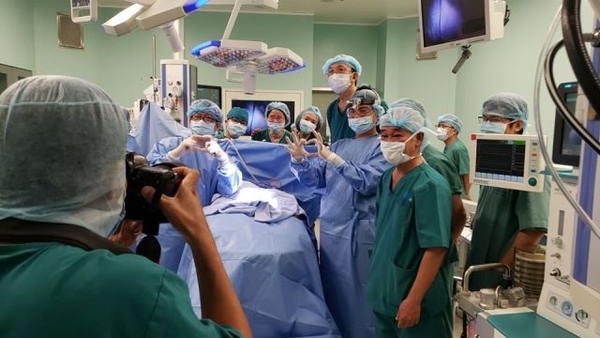