Ten more people aboard the quarantined Diamond Princess cruise ship have tested positive for the new coronavirus, the health ministry said Thursday, following news a day earlier that 10 passengers had been infected and taken to hospitals. 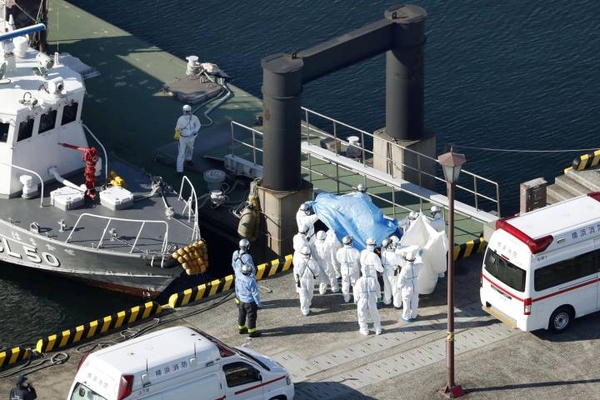 The latest 10 cases were out of 71 people whose test results were confirmed by Thursday morning, the ministry said, adding that they will be taken to hospitals in Kanagawa Prefecture.

The new cases bring the total number of infected people in Japan to 45 as of Thursday morning. As news about the new infections emerged, the Diamond Princess docked at Yokohama port Thursday morning to allow resupply and the removal of sick passengers.

Japanese authorities have tested 273 people among the approximately 3,700 passengers and crew on the ship after an 80-year-old man who got off the boat last month in Hong Kong tested positive for the new virus. At the port, officials could be seen dressed in white full-body protective suits, complete with face masks and helmets. 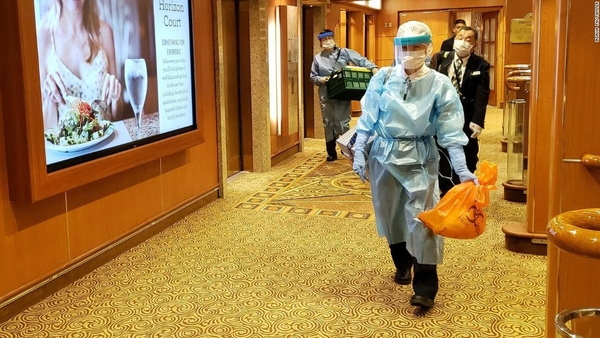 As the massive cruise ship docked, passengers who have been told they may have to stay aboard for 14 days even if they test negative for the virus, came out onto balconies, some waving to assembled media or taking pictures.

People on board have described confusion and boredom after being confined to cabins following the decision by Japanese authorities to quarantine the vessel. The confirmations of further coronavirus infections aboard the quarantined cruise ship has put the city of Naha in Okinawa Prefecture, where the ship made a stop last Saturday, on high alert.

More than 20 countries have confirmed cases of the virus, which has infected more than 28,000 in mainland China and killed more than 560 people. The outbreak has prompted the World Health Organization to declare a global health emergency, several governments to impose travel restrictions and airlines to suspend flights to and from China.