A man in Da Nang has tested positive for novel coronavirus disease (COVID-19) three times this week, pending a fourth test result due to be announced later on Friday. 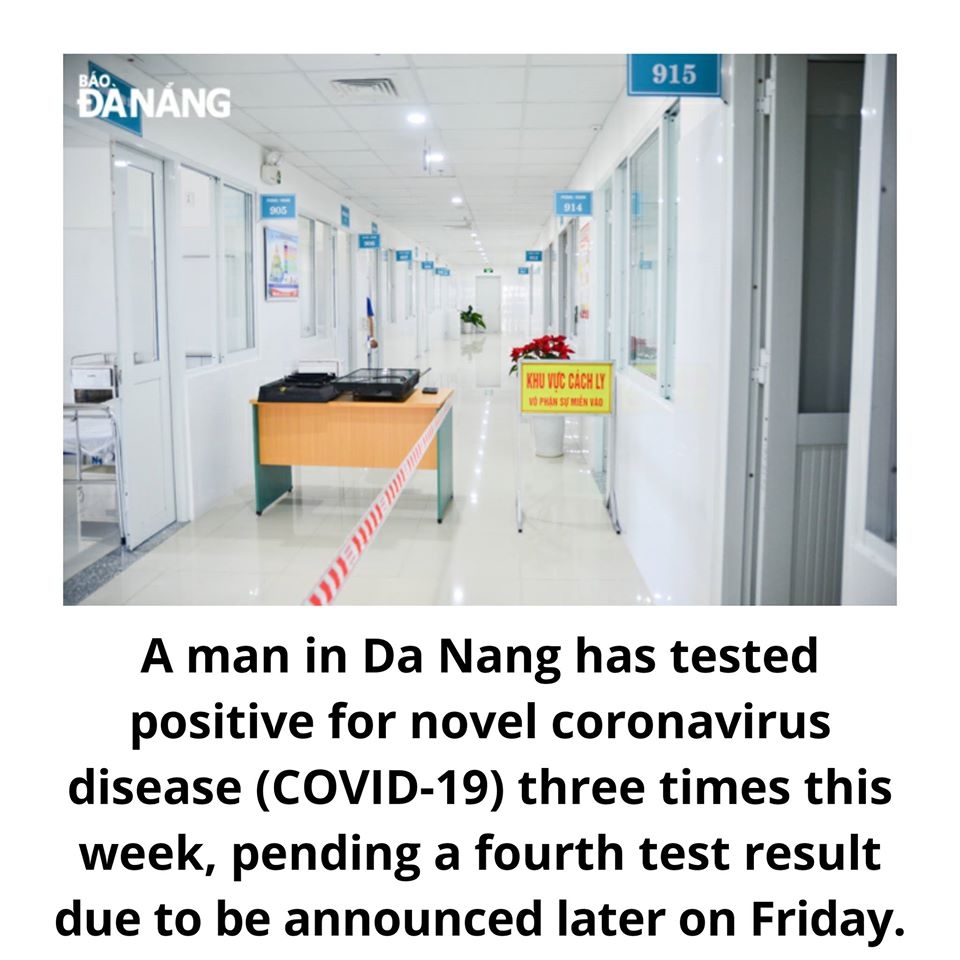 The 58-year-old man, who will be Vietnam’s 413rd COVID-19 patient if confirmed, lives with his wife and daughter in Lien Chieu District, Da Nang, the Ministry of Health said on Friday afternoon.

He has not traveled outside of Da Nang in the past month.

So he will probably be the first local transmission in Vietnam in more than three months if his fourth test comes back positive.

On July 7, the patient went to a medical center in Ngu Hanh Son District to take care of his sick mother.

On July 16, he visited his mother at Da Nang Hospital after she was transferred to the infirmary.

On July 17, the man started experiencing such symptoms as fever and fatigue but was still able to attend a party at a relative’s on the evening of the same day.

He also attended a wedding party at the For You Palace convention center on 2/9 Street on the following afternoon.

He developed clearer symptoms including fever and coughing on July 20 and was diagnosed with pneumonia at Da Nang C Hospital on the same day.

He tested positive for the coronavirus twice on July 23.

He was sampled for the third test by the Pasteur Institute in south-central Nha Trang City and the result came back positive on Friday.

The National Institute of Hygiene and Epidemiology is carrying out a fourth test and is expected to announce the result later on Friday.

Authorities in Da Nang have screened 103 people who had contact with the patient for COVID-19, and all initial results have come back negative.

Those who had close contact with the patient will be sent to a quarantine facility while people having indirect contact with him will have their health condition monitored regularly for 14 days.

The country’s COVID-19 tally now stands at 412, with 365 having recovered. No death from the disease has been recorded.

Vietnam has documented no local infection since April 16, with all new cases being imported.