Vietnam has done a good job in their fight against the coronavirus pandemic, according to US magazine Business Insider citing Australian think-tank The Lowy Institute’s recently-published Index.

The Lowy Institute published an Index on January 28 ranking 98 countries and their success in handling the COVID-19 pandemic. Vietnam ranked No2 behind New Zealand, while the US was listed in 94th position. 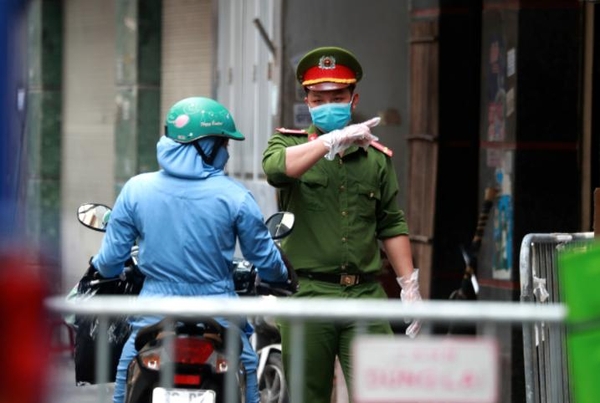 According to Insider, as early as January 2020, Vietnam conducted its first risk assessment, immediately after a cluster of cases of "severe pneumonia" was discovered in Wuhan, China.

Guy Thwaites, an infectious disease doctor who works in one of the main hospitals designated by the Vietnamese government to treat COVID-19 patients, told Insider the government responded "very quickly and robustly."

"Schools were shut down and there was a limit on international flights coming in," Thwaites said. "The government did all the simple things quickly."

Vietnam closed its border and suspended incoming flights from China, the UK, Europe, and the rest of the world shortly thereafter. Instead of locking the entire country down, the Vietnamese prime minister implemented social distancing measures throughout the country for two weeks in April.

By early May, people across Vietnam were largely able to return to their regular lives, Insider notes.

"The government adopted a zero-tolerance approach to get rid of the virus," Thwaites said. "Basic measures were implemented, but it wasn't easy. When people trust the government, people do what the government says."

Insider reports that by using a low-cost model and implementing basic safety measures (like washing your hands and wearing a mask), it was able to contain the virus within a few months of the pandemic.

Despite sharing a border with the country where the outbreak started, Vietnam's success story is one worth telling.

According to Malhotra, Vietnam had a better response to fighting the virus than New Zealand.

"It's absurd to compare countries to New Zealand," he said. "We have much bigger challenges."

The UN resident coordinator also hit back at rumours that the Vietnamese government was not willing to share data.

"There's a lot of skepticism that the government wasn't sharing data but that is not true," Malhotra said. "The data is recorded in real-time and there is no coercion in measures taken here."

The people of Vietnam are learning to live in their new normal, but are still encouraged to social distance and wear masks.