Lower back pain affects four of every five people in the UK at some point in their life, and is one of the most common medical complaints seen by GPs. Yet despite most people experiencing the problem, there are few effective treatments.

For decades, powerful painkillers have been doled out in their millions to relieve the agony of back pain - but growing evidence suggests the drugs are ineffective for the complaint, as well as being highly addictive.

Now researchers have found yoga may be a useful tool for people who struggle to ease their pain. 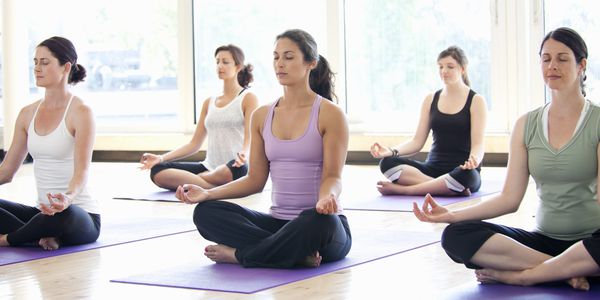 Experts at Boston Medical Centre carried out a randomized control trial on 320 people with lower back pain, who were either assigned to weekly yoga classes, physiotherapy sessions, or simply given an educational book and newsletters about coping with back pain.

After 12 weeks of classes the programme was stopped, but patients were encouraged on to carry on with the yoga at home. A year after the start of the project the researchers assessed whether the patients had improved.

The results, published last night in the Annals of Internal Medicine journal, revealed yoga was just as good as physiotherapy for easing pain and allowing people to resume normal active lives.

'We found that patients doing the yoga in the study reported that their pain intensity went down, that they were able to be more physically active. Many patients could reduce or stop pain medication.

'Our study shows that when yoga is made available and affordable to a diverse population, people of both sexes, people who are disabled, people of different races and economic backgrounds, are receptive to yoga and more importantly can benefit from it.'

He added: 'A structured yoga programme for patients with chronic low back pain may be a reasonable alternative to physical therapy depending on patient preferences, availability, and cost.'

In an editorial, published in the same journal, Dr Douglas Chang at the University of California at San Diego wrote: 'Considering the complex factors affecting both diagnosis and outcomes in chronic low back pain, any single treatment approach is unlikely to prove helpful to all or even most patients.

'Nevertheless, as Saper and colleagues have shown, yoga offers some persons tangible benefit without much risk.

'In the end, however, it represents one tool among many.

'Thoughtful physicians will try to determine what fits a patient's anatomical diagnosis and psychosocial situation.'

Most cases of back pain are caused by lifting a heavy object badly, or bending awkwardly, and in most instances will go away within a few weeks.

But half of patients see a recurrence of the problem within 12 months. And for some people back pain can last for years or come back in waves.

Yoga has been practiced for more than 5,000 years, having developed in India as a system of gentle exercise, breathing techniques and light meditation. 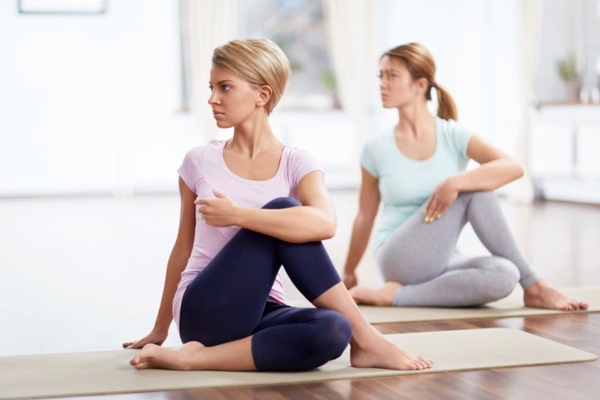 The activity is famously practiced by celebrities including Madonna, Gwyneth Paltrow, and Benedict Cumberbatch.

For many people, it is closely tied to religion and philosophy, and in Britain alone, more than 3,600 people belong to the British Wheel of Yoga, the national governing body for yoga which defines the pursuit as a Sanskrit word meaning 'union between mind, body and spirit' and a 'philosophy'.

But for thousands of others it is merely a popular way to keep fit and remain calm amid the pressures of modern life.

These two different approaches came to a head in 2012, when a yoga group was banned from a church hall in Southampton, because a priest said the practice was a Hindu religious activity and therefore not in keeping with the Catholic faith.